The first race weekend of the year had its ups and downs but overall I had a good time.  I arrived at the track Thursday night, unloaded a few things and then bunked down in my friend's race trailer with some other members of some of the race teams.  I was way better than the tent since the temps got down around 40 that night!
We got up Friday morning and started getting bikes ready to go to tech then headed down to registration to pick up our 2014 registration packets and competition licenses.  The SV650 made it through tech with no problems except that I missed my payment receipt when I grabbed my tech papers.  Fortunately they just let me run back and get it so I didn't lose my place in line.  Tech sticker in place, I headed back to the trailer to start getting ready to get out on the track for practice.

So, going from memory I think what I was pointing out on the following 2 pictures was how I decreased my personal best lap time at MSRH on the SV650 by over 4 seconds and got my first podium with a 2nd place finish in Superstock D Novice.

The SV has been just sitting in the garage for over 2 years now after a big crash during practice.  I hope to get it going again in the near future.... 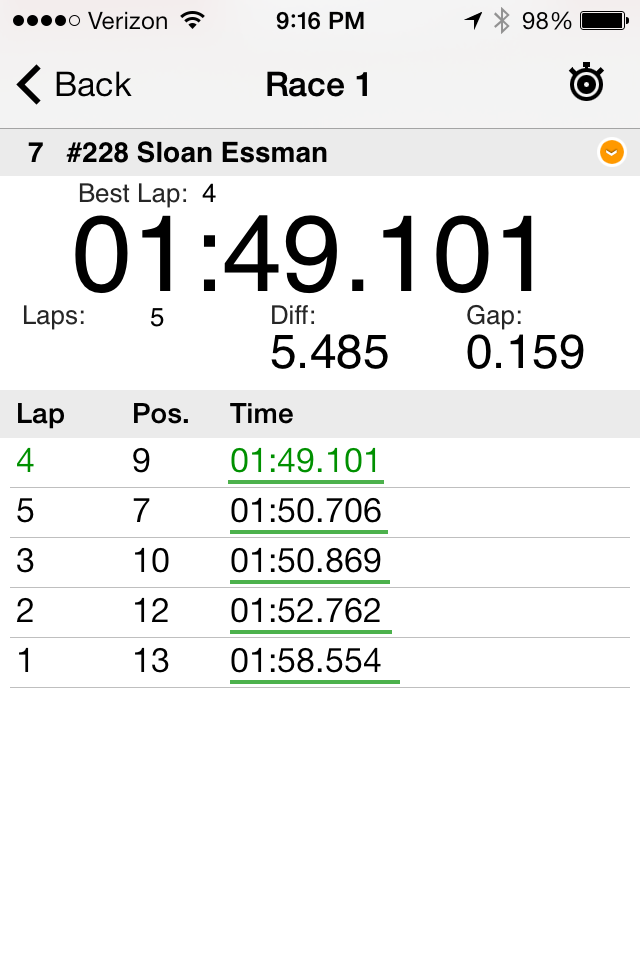 Posted by SWFC Pilot at 4:08 PM No comments:

Lot of work - CMRA Round 3 next weekend at Eagles Canyon

Having a motorcycle for racing sure is a lot of work.  Still waiting on that money for a pit crew.  But I think it's mostly ready for Eagles Canyon next weekend.  Just a couple of things left.  Something still isn't 100% right in the front end but hopefully I'll get it worked out.  Time to take a break and relax now for the evening.
Posted by SWFC Pilot at 8:03 PM No comments:

The CMRA race season starts next weekend.  I plan to run the full season except the March TWS round (I'll be out of town)  in several classes:


Stay tuned for more details
Posted by SWFC Pilot at 10:41 PM No comments:

I got my full race license at the last event of the 2013 season.
A short summary of the 2013 CMRA race season as a Prov Nov

Wish I had/took time to update this more

Since June:
Raced in my first CMRA races.  One more race weekend as a Provincial Novice and I should be a fully licensed racer.
Became a track day instructor with Fastline Motorcycle School, teaching novice riders.

And that's about the only 2 big highlights.
Posted by SWFC Pilot at 10:07 PM No comments:

You read that right.  I got to do a track day on my SV650 at the new Formula 1 track in Austin.  What a great experience.  I normally ride level-3/advanced sessions but had to settle for level-2/Intermediate to get an open slot.  My best lap time appears to be about 3 minutes flat but riding level 2 and following the passing rules for that level (6-foot buffer, no inside passes, and no passing at all from turn 3-9) and it was pretty limiting for my SV650.  Still, I made some outside passes and got several on the brakes.  And all day I was NEVER passed in a corner or on the brakes so I was pleased.

You really only need 2 words to describe the track:  SMOOTH and STICKY.  Oh and AWESOME facilities.  A world class facility it truly is, and everything around Houston pales in comparison.  I'm going to cry a little the next time I go to a local track. :-)  Seriously, the surface is stupid smooth.  I don't think there's a bump nor seam anywhere.  Practically flawless.  It was so smooth that both my buddy and I thought we had lost our knee pucks the first time we touched down because just glided on the surface.   It is very technical with blind corners, SLOW corners and FAST curves.  It wasn't TOO hard to learn but after just 1 day we were barely scratching the surface of how fast we could really go.  It's hard to unlearn the sketchy surfaces that we're used to riding on back at home.

Turn 1 is TIGHT.  The hill leading up to it is super steep with a 130 foot climb.  I heard a lot of bikes get back on the gas early on going up the hill because they slowed down too much half way up the hill.  But at the top it's flat so there's a lot going on to get the bike turned in right.  You can't see the apex until you hit the top of the hill and then it's RIGHT THERE.  Then it's hard on the gas going down the hill to turn 2.  The S-turns were my favorite part and were well suited to the SV650.  You can carry a LOT of speed after you get the flow down. Then I'm full throttle, hanging off the bike zooming through turn 10 headed up to a tight turn 11.  On the long straight (which actually slightly curves the right right and goes uphill a bit in the first half) I topped out at about 130-132 mph and and the inline fours and big twins was probably doing more like 155 and beyond.  There's a nice right hand double apex that tightens up after the left 12 turn, then another fairly tight left hander, but not as bad as 1 or 11.  Followed by a TRIPLE apex that can be just crazy fast if you want it to be.  Turn 19 comes up quickly but is actually pretty open and can be taken pretty fast.  Then it's another tight left hander onto the main straight and I would hit about 120 by the base of the hill.

So it's a lot of work, but you get a couple of good straights to relax for a few seconds.  I actually get more tired at my local tracks which goes to show you just how much a smooth surface really makes for a more relaxed experience.  And the tires... every other place I've been to the tires look melted and torn up with slag and ball of rubber everywhere after a session. Well, off the track at COTA they look practically new with a smooth clean surface.  So again, even with crazy grip, the smooth surface really makes them last or at least they wear very evenly.  The overall wear was still probably pretty high because we'd come off the track and our knee pucks would have solidified strips of melted plastic hanging off of them.

Here's a video of one of the sessions:

And a close call in another session.  Keep your eyes open at 48 seconds.  It happens fast.

Well, that's 5 track days down so far and that was just by the first weekend in April.  There was a track day this weekend but I cannot make it due a scheduling conflict.  Then there was supposed to be a track day on 4/28, but the provider had to cancel it due to some conflict.  So that leaves my next available date as May 5.

But back to the one April track day.  We were back at MSRH with my favorite track day provider, Fastline MCS. The other local providers have their strengths, but I really like the family atmosphere of Fastline.  But I digress (I always wanted to use that phrase. Hopefully I used it correctly).  As I've started doing this year, I arrived at the track the night before the event and camped in the paddock area, thereby avoiding the super-early wake-up and morning drive to the track to get a good spot.  It was just, "wake up and I'm there."

For this track day I decided to step up to the Advanced level to get out of the traffic jam and erratic driving that is the Intermediate level.  Additionally I signed up for the Advanced Racing school for some personal instruction with Brandon Cleland, assisted by Tony Nguyen.  To start the morning the track was dry, temps were around 70 and there was a lot of traction from the start.  Brandon had us to go out in the first session to get warmed up and check out the track conditions while he and Tony did the same and shot some video of Brandon demonstrating the racing line around the track.  After that session we came into the classroom for review and instruction.  We then repeated that pattern throughout the day.  Ride and classroom, ride and classroom.  In class we talked about different items like lines, body position, braking, etc, aided by a track diagram and video of the previous session.  The close instruction and one on one mentoring allowed each student to pick out their strengths and weaknesses and learn how to improve.  For me, my main area of improvement was braking.  They said my body position was good but just get off the seat a little more, and getting on the throttle wasn't a problem because when riding the SV650 you can almost treat the throttle like an on/off switch!

So the day was pretty busy.  We'd ride the track, come back and put our warmers back on and whatever else needed to be done, then hustle off to the classroom.  Then with about 5 minutes left before the next on-track session would start, we would quickly go back to the bikes, get ready and head out on the track.  The pace was pretty hectic at times, but it was totally worth it.  Working with the instructors I was able to knock almost 3 seconds off my previous best lap time and I was still dropping 1 or 2 tenths a seconds a lap each session.  When the day ended I was still improving despite being pretty exhausted.

Overall it was an exciting day and we were disappointed when it had to end.  Three days later we were still talking about the fun we had and the new friends we had made.  It's a shame I won't be going back for almost a month but then again, having a weekend that isn't go go go will be nice.

Here's a video from a few laps around the middle of the day having fun with a guy on a CBR600.


And this video is one of my fastest laps of the day.  After watching it again, I can see LOTS of places for improvements.  I hope I can drop a few more seconds next time and maybe even run a sub-1:50 lap one day.

Posted by SWFC Pilot at 8:43 PM No comments: